There are people out there who love going uphill, and we can respect that. Sort of. We like it too, so long as we can surf pow and bust crud on the way back down. But we aren’t dummies, either. That’s why we created the Wildcat Tour—because we knew it was possible to have that sweet widebody cake and eat it, too.

So, in the pursuit of working smarter, not harder, we put the fat cat on a diet and shaved off some serious weight. It’s still the playful charger you’ve come to expect in the Wildcat, but it’s lighter by almost two pounds per pair, so you can go back for third helpings and do it all again tomorrow. And it’s still a Moment, which means it isn’t some brittle, un-repairable carbon tube made in a science lab and sporting a $2000 price tag.

213B Baker St Nelson, BC Canada 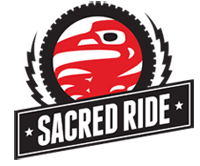 We carry loads of accessories . and other cool stuff. We got you covered From head to toe. Troy Lee Designs, Raceface, Giro, Fox and Rock Shox.